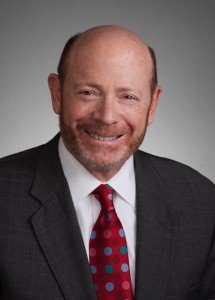 “David’s sharp intelligence and keen insight into the parties’ concerns led to a resolution of what appeared to be an irreconcilable dispute between distrustful entities.“

David M. Brodsky, the principal of Brodsky ADR LLC, arbitrates and mediates complex business disputes, including M&A, intellectual property, insurance coverage, valuation, employment and compensation disputes, as well as professional (legal and auditing) malpractice. He brings to his practice more than five decades of experience as a general counsel, federal prosecutor, private litigator, and professional neutral. Recognized as an outstanding trial lawyer by his peers when he was in private practice by being elected as a Fellow of the American College of Trial Lawyers, he has recently received recognition by his peers in the ADR world as an outstanding arbitrator when elected as a Fellow of the College of Commercial Arbitrators. He is a member of the National Commercial Panel of the American Arbitration Association, and was just named as a Distinguished Neutral on the newly-formed Dispute Prevention Panel of the International Institute for Conflict Prevention and Resolution (CPR), dealing with business issues arising out of the COVID-19 crisis. He is also a member of CPR’s Panels of Hedge Funds, Banking and Financial Services, and General Counsel and is member of CPR’s Council. He is also a member of the National Academy of Distinguished Neutrals and of the New York Academy of Mediators and Arbitrators, and a Fellow of the American College of e-Neutrals.

As an arbitrator of complex cases, David combines his acknowledged expertise as a trial lawyer on issues of efficient discovery, burdens of proof, witness credibility, and measures of damages, with a full appreciation of the need for an arbitrator to work with counsel in a cost-conscious and creative manner so as to maximize the efficiency and fairness of the arbitral forum. As Chair of arbitration panels, he advocates for counsel to tailor discovery to the specific needs of the matter and routinely holds weekly status conferences during active discovery to deal with disputes quickly and efficiently. He has developed model arbitration scheduling and discovery orders that parties have adopted to streamline their pretrial work. As Chair, he has also encouraged the simultaneous or back-to-back examination of expert witnesses to allow immediate comparisons and examinations of contrasting opinions. In addition, he urges parties to adopt the time-saving device of offering direct examinations of all witnesses by affidavit or declaration circulated in advance of the testimony.

As a mediator, David engages in intense pre-mediation preparation, including individual pre-mediation caucus sessions with counsel and parties, building the trust necessary to overcome obstacles to resolution. Thus informed, he then tailors the actual mediation sessions to the specific needs of the matter that he has identified in the pre-mediation process, diplomatically but persistently guiding the parties to mutually acceptable settlements.

David was described by one nationally-prominent trial lawyer as the “one of the most prepared mediators [he had ever] encountered” and “unique” in the lawyer’s long career. Another referred to him as “a highly effective mediator, well versed in the law and capable of grasping complicated fact issues … David’s flexible and creative suggestions for resolving the dispute help to foster productive mediation sessions.”

David has been retained by private firms to mediate or arbitrate accounting liability issues; software licensing disputes; liabilities arising out of the sale of RMBS and other debt instruments; alleged breaches of aircraft procurement contracts; enforceability of foreign arbitration awards; alleged breaches of fiduciary duty and violations of the duties of care and loyalty by officers and directors arising out of the setting of their compensation, administration of construction contracts, and conduct of a company in pre-insolvency stages; alleged violations of Federal Securities Laws concerning disclosures of a pharmaceutical drug’s side effects and costs of completing a computerized healthcare system; allegations of racial discrimination in employment; compensation disputes between hedge fund managers; breaches of employment agreements; fee disputes between advisors and principals; disputes concerning the effects of anti-dilution clauses in private placement agreements; and other complex controversies.

As a consultant, David works with law firms and internal legal departments regarding potential and actual arbitrations. His services include strategic advice regarding pleadings, discovery, motions, and hearings, as well as analysis of strengths and weaknesses of particular claims or defenses, and the conduct of mock arbitrations. 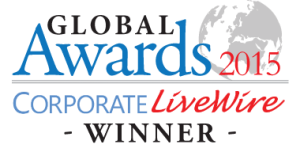 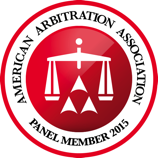